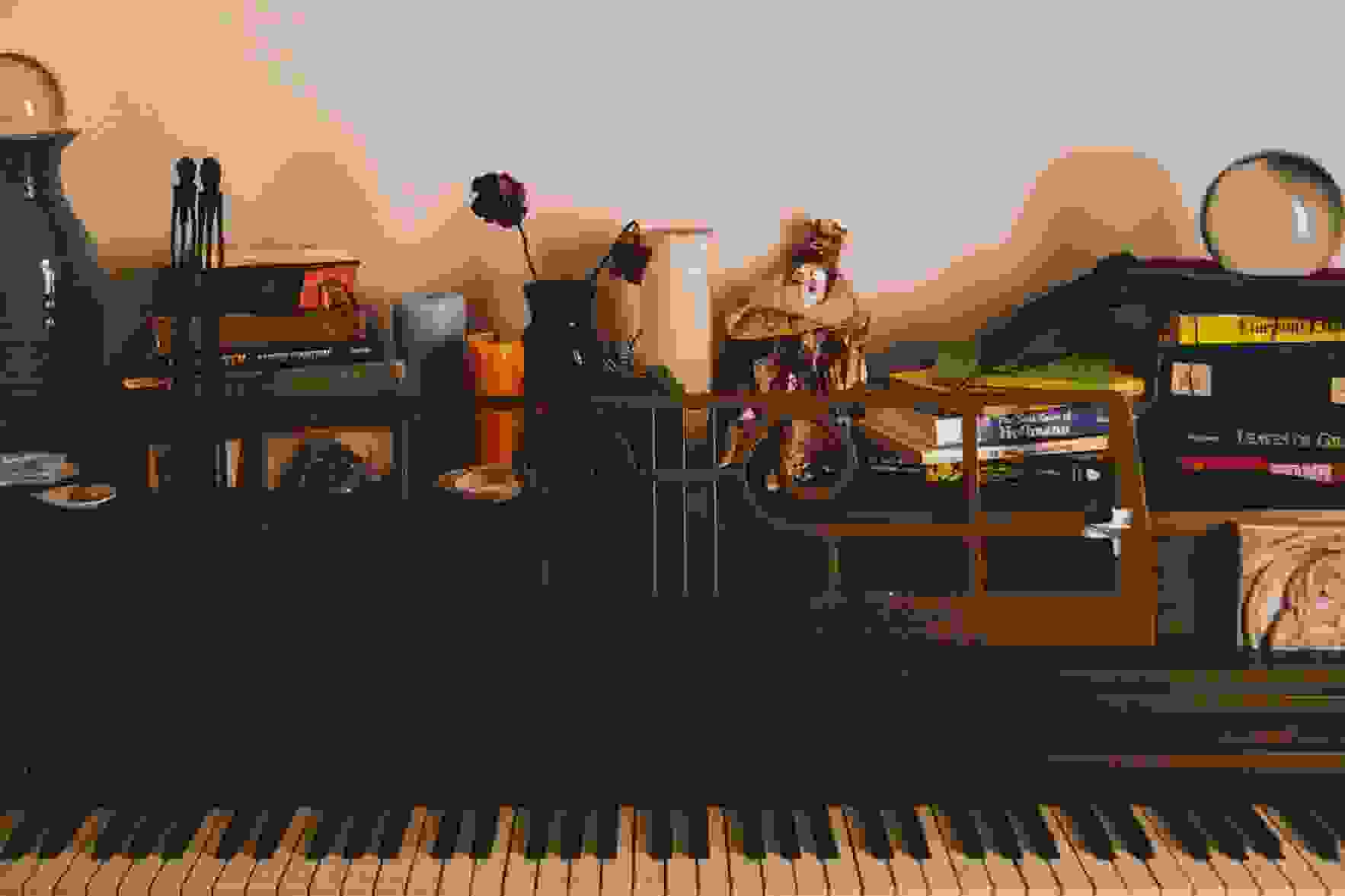 Natalie Hamilton began performing professionally at the age of 18, while living in Boston, MA where she briefly studied at Berklee College of Music and The Boston Conservatory., before moving to The Big Apple in 2001. Once there, she lucked out getting a job at Michiko Rehearsal Studio in Times Square, where she soaked in the sounds and practices of world-class and award winning Jazz musicians and Broadway actors who used the rehearsal space.

6 months after 9/11, on her 21st birthday, Hamilton left NYC and drove to Florida, where she auditioned for and received a full music scholarship to Edison State College in Fort Myers, FL. At Edison, she furthered her understanding of jazz harmonics and theory under the tutelage of the now deceased Dr. Dennis Roy Hill and she had the privilege of being the pianist in his 20 piece jazz orchestra. She was the only female in the orchestra at the time, a detail she hopes has since changed. Also under Dr. Hill's guidance, she became the school's music librarian, where she was paid a small stipend to catalogue an extensive collection of original Big Band Scores, some dating back to the early 1920's. She has very fond memories of losing herself in score after score in the band room.

While in Florida, Hamilton began playing out at bars and restaurants with some local musicians and recorded her first self-produced album of all original material "Birth of the Woman", a title that she now cringes at, but appreciates her younger self for.

In 2003, she left Florida and returned to NYC, still without a college degree, where she attended New York University, focusing on media studies while continuing her music adventures in the city. She ultimately received a Bachelors Degree in Business and Marketing from the City University of New York - Brooklyn College, in June 2011. She has remained in the relative NYC area ever since.

In June 2018, Hamilton began releasing a four part, digital compilation album called "Sides". The album contains songs from 2001-2011's albums, including some previously unreleased demos and material. "Sides -Part Two" was released in 2020, and Sides - Part Three + Four  will be released in 2021, completing her discography of that time period - over a decades worth of composition and recordings.

Also in 2018, Hamilton began The Joni Experiment, a live performance project where she explores and experiments with the music of Joni Mitchell in a variety of group configurations. She insists it is not a tribute band.

Hamilton has been writing a big book of fiction - a book that is also a partially finished musical (aka an unfinished musical.) which is nearing completion as of April 2021.

When not being a musician or writer or artist in general, Hamilton can be found sitting in silence, teaching young children to play music,  studying and contemplating the Hero's Journey, Jungian Depth Psychology and the Mythological world of Joseph Campbell and having a good laugh or cry with close friends, family or strangers.

She takes long walks in the woods and on the beach, often alone, but sometimes with a good dog or friendly human. Since 1999, Hamilton has not owned a television and minimizes her contact with technology the best she can, and considers the modern techno-obsessed world absolutely bonkers.

On any given day, "Natalie" can be found  observing "her" Ego grappling with "itself", while she re-programs her subconscious mind. She studies and lives by the principles of Christian Mysticism and feels a deep connection to all things related to the Inner Heart of Hearts. She has an interest in the fields of Quantum Physics and Neuroscience as well as Psychology; in particular, the effects of trauma and abuse (both individually and collectively) upon the human psyche, physiology and the Soul.

Never Give Up Hope.

No stranger to mental illness and life's complex difficulties, Hamilton strives to advocate for those still struggling by sharing her success story with overcoming severe and long-lasting depression, complex-ptsd, addiction, eating disorders, surviving physical and sexual assault, emotional and psychological abuse, co-dependency and a myriad of anxiety issues and phobias. That's right, folks. It really was that bad. The good news? It's not anymore. And if she can overcome it, anyone can. She believes that - and knows it to be true.

A sense of humor helps.

And the movie "What About Bob."

If you have read to the bottom of this, we probably have a bit in common, and you should Join The Mailing List, where you will receive infrequent updates about Hamilton's adventures in life.